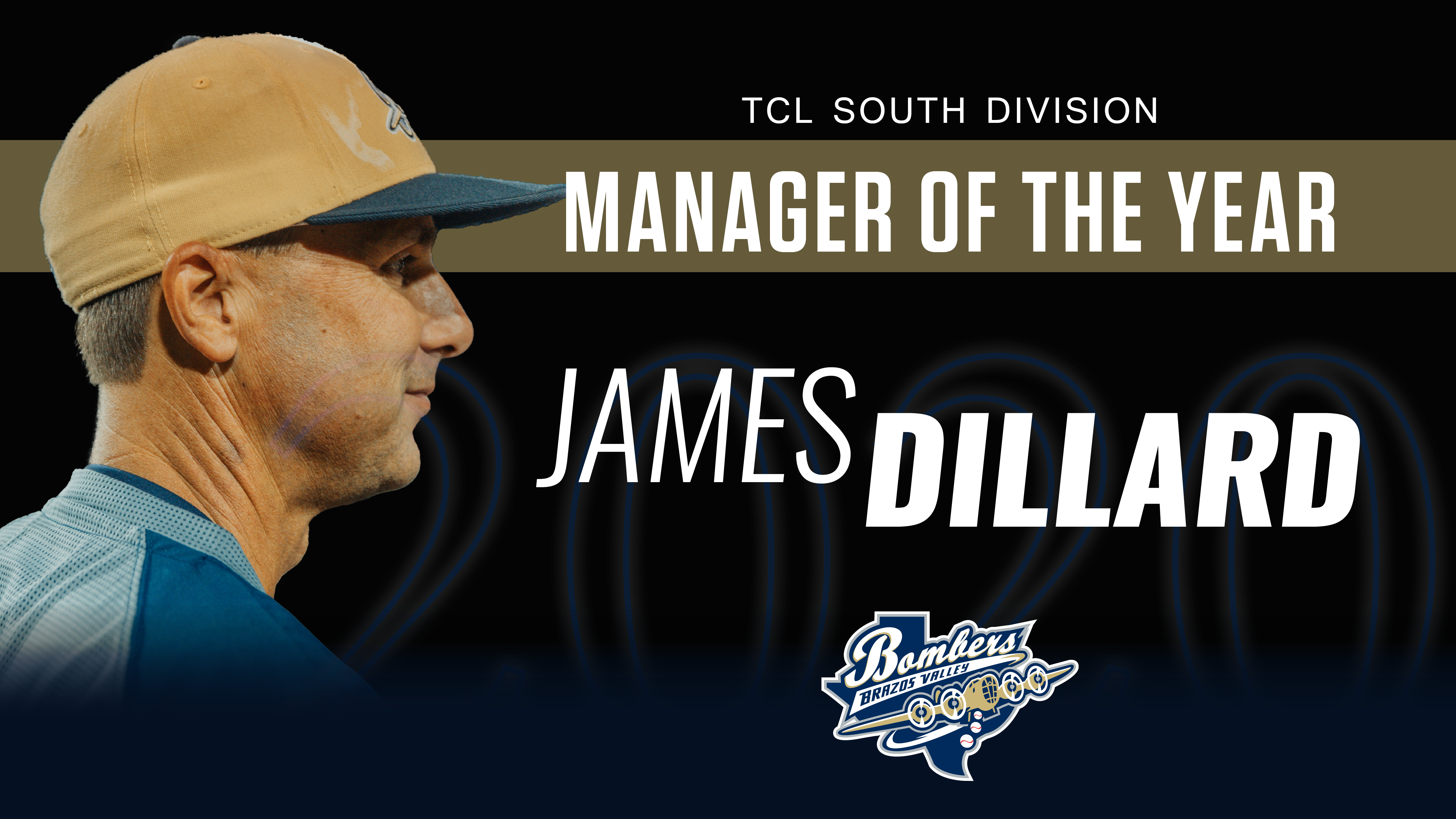 Bryan/College Station, TX - September 2, 2020 – The Brazos Valley Bombers 2020 season completed a back-to-back championship run that included the honor of having been coached by TCL South Division Manager of the Year along with several individual player end of the year recognitions. The six Bombers players stem from schools across the nation, and were recognized for their outstanding field performance on the All-TCL South team.

Coach James Dilliard in his first season as the head coach of the Brazos Valley Bombers, following two seasons as the Bombers assistant, was rewarded for the team’s stellar performance in the 2020 season, which culminated with the Bombers 13-2 victory of the Tulsa Drillers.